Many knowledgeable hunters consider the desert Coues Deer, because of their diminutive size, coloration, and the rugged terrain they inhabit, the most difficult of all the Whitetail subspecies to hunt.

The Sonoran Desert is well known for the trophy class bucks the region regularly produces. The rough terrain, nutritious forge and incredible genetics combine to produce more record bucks than any other area.

Our Coues Deer hunting excursions are predominately “spot and stalk” but “ground blinds” placed on or near heavily traveled trails and water holes are another viable option.

Your guides have a vast knowledge of the Coues deer, and the desert, making Sonoran Outfitters an excellent choice for that once in a lifetime hunt. 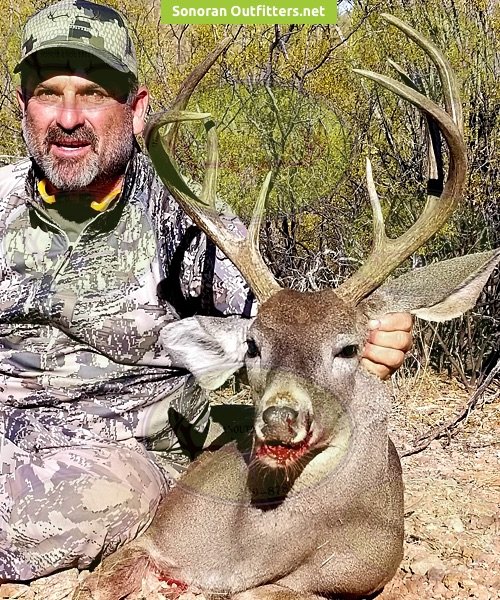 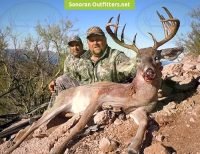 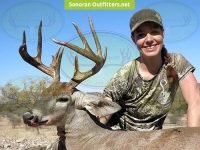 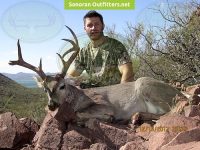 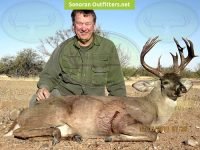 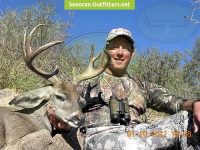 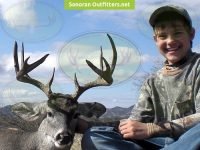 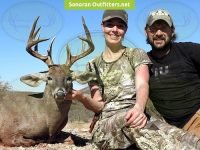 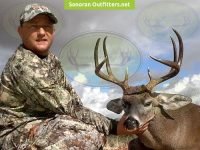 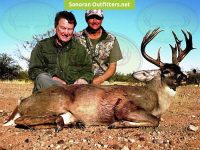 Check out this video preview of a hunt with Sonoran Outfitters!

I have hunted with Todd Rice in Sonora on 6 different occasions. Each experience was good. The accommodations were better than expected, the food was fantastic every time and the ranch properties were what you would expect in the desert. The guides, both American and Mexican, were hard working, well equipped and had a good knowledge of the properties we were hunting. In fact, the Mexicans generally have better eyes and are able to communicate with the ranch hands and cowboys, which is a big advantage. I personally have killed 3 good mule deer and 2 good coues bucks during my hunts with Sonoran Outfitters. Two years I hunted and did not kill, mostly because I was looking for a deer bigger than I had killed in previous years. As with most, if not all hunting, it can be tough. The rut can vary from ranch to ranch and day to day. I have seen deer rutting on one ranch and not on another ranch barely a mile away. Sounds like hunting to me.

Mule deer are my most coveted game animal. I would rather hunt mule deer than any other animal on the planet. Sonora offers the unique opportunity to hunt mule deer, without applying for a tag (which can take years in a good area in the US) every year. And during the rut!!?? Nowhere in the world is that possible. Having said that, it is HUNTING!! Are the good old days of giant mule deer over in Sonora? Maybe, maybe not. But if those days are over in Sonora, believe me, they are over everywhere else too. I have killed a few and have seen several over the course of my hunts that were much bigger than I killed. MUCH BIGGER! The deer are there but be realistic. If you kill a 160″ deer, who’s to blame. To some that is a great deer, to others, nothing under 200″ will do. Fine, but don’t blame the rancher, guide and outfitter because of it.
Simply put, Sonora offers the greatest chance a trophy mule deer anywhere in the world. Certainly as good as anywhere. Remember, you are in a foreign country. This isn’t Colorado or Wyoming, it’s Mexico. Things don’t always go the way we think they should. Todd Rice has a better understanding of “the Mexican way” than anyone I know. Todd has several trusted Mexican guides to see to it that things will go as smoothly as possible. It is safe! Relax, hunt hard, real hard and maybe the trophy will show. The deer are there and I plan on going back every year.